Sgt. Ptak, a graduate of Stevenson High School, recently returned home after serving in both Kuwait and Jordan.

After graduating from Stevenson High School in 2008, David joined the United States Army and completed his Basic Training at Ft. Leonard Wood, Missouri. Upon the completion of his Military Police certification he was assigned to the 170th Military Police Company.

On July 15, Sgt. Ptak received an escort from the Vernon Hills Police Department and the Countryside Fire Protection District from his home to the Vernon Hills Village Hall, where he was honored at a ceremony during a meeting of the Village Board.

Congratulations and welcome home Sgt. Ptak! We are very proud of you! Thank your for serving our country. 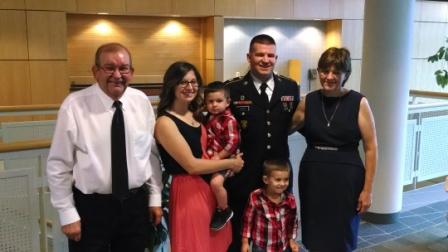 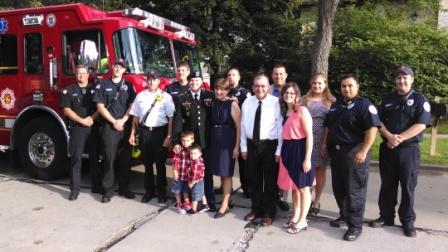